The Powerball jackpot for Saturday’s lottery drawing has increased to an estimated $500 million with a cash option of $355.9 million.

The Powerball jackpot for tonight was initially estimated to be $483 million, but was increased on Friday to $500 million due to brisk ticket sales, lottery officials said.

No Powerball jackpot tickets were sold for Wednesday’s $441 million drawing, though one ticket sold in Georgia won a second prize $1 million.

The current jackpot has climbed to $500 million since the last big winner of $699.8 million sold in California for the drawing Oct. 4. That ranked fifth all time for Powerball jackpots. 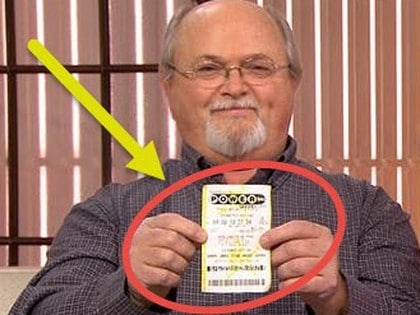 A total of six jackpot winning tickets were sold in 2021 including two to New Jersey winners in January.

Powerball is played on Monday, Wednesday and Saturday in 45 states, Washington D.C., the U.S. Virgin Islands and Puerto Rico.

The New Jersey Lottery offices in Lawrence are now open Monday through Friday from 8:30 a.m. to 4:30 p.m. if players prefer to drop off a claim and validate a winning ticket in person. Claims can be left in a secure drop box at lottery headquarters. That option applies to prizes worth more than $599.50.

If player wins a prize of $25,000 or more (or otherwise feels more comfortable submitting their claims in person) appointments can still be made to meet with lottery representatives in person by calling 1-800-222-0996.

Opinion: Subconscious Mind Prevents You From Winning the Lottery