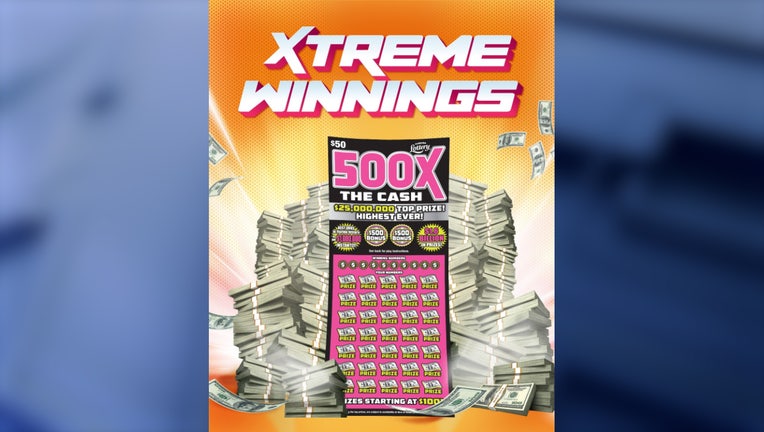 Photo via the Florida Lottery

ORLANDO, Fla. – An Orlando man claimed a top prize of $1 million after playing the 500X THE CASH scratch-off game, according to the Florida Lottery.

Shaun Frazier, 44, purchased his winning ticket at Buddy’s Food & Lotto, located at 7219 Curry Ford Road in Orlando. Officials said he chose to take home his winnings as a one-time, lump-sum payment of $820,000.

The store will get a $2,000 bonus commission for selling the winning ticket.

The 500X THE CASH Scratch-Off game costs $50 and featured two top prizes of $25 million – the largest prize ever offered in a Florida Lottery scratch-off game.

So far, one person in Bonita Springs has claimed a $25 million top prize. The other prize still remains.

North Carolina man’s team football team lost but he won $150,000 in the lottery