The initial condition of the lotto system has a strong influence on the type of the future distribution of numbers, as well as on the dramatic comprehensiveness of forces that act in its evolution. Observed forces participation is vital for our better understanding of the process.

The results show that the distribution of numbers is depending of the capriciousness of the changes provoked by the live draws in a regular manner. For a great amount of situations, we can refer at lotto system as a double space system. One is external visible and known by all, another is a virtual space with an immense invisible development in time.

Exciting and interesting things I found in lotto system until now. This fact has several advantages. One of these advantages is described below as a method to analyze the characteristics and behavior of future winning numbers and even the features of lotto system in general.

I will present here only a theoretical model prediction that has been associated with the concrete data research to improve performance of user.

What about the direction force used by the system? Monitoring a lotto system, we have been seen that this component of force has been found to provide a method for numbers prediction. Always it is happening the same thing. The numbers are moving in one direction toward the front, some are moving rapidly, some less. The numbers are changing their position after every draw and always advanced.

Those numbers that progress rapidly are very frequently and become a good potential for forming the winning combination next time. From a rich column of numbers with the same frequency merely two or three numbers will be integrated in this combination. The rest has no importance at this time. When a column received a number, may be it a winning number if it continues to move away. Only objective observations have a value here.

You have to follow the evolution of each and every number. The main idea here is that you want to win the lottery there is not an another alternative than to work on your lotto system with dedication.

A little practice is required to understand this point. What can be used to make predictions? Firstly, you should to have a physical model of that virtual structure of numbers arrangement by their frequency in time and space. It will serve you as a basis for your homework and for understanding how lotto operates. 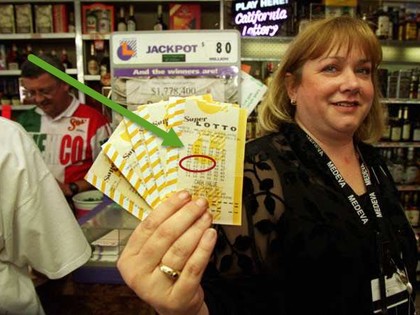 It involves to understand that the numbers become a part from the system as an active elements having a precise role and function. And you will discover soon that, if the drawing is made honestly, the winning numbers are not drawn randomly. I am assuming that it is just a huge difference.