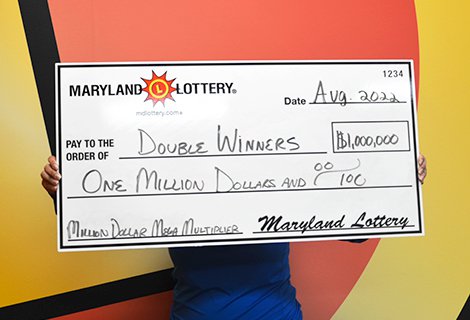 The 51-year-old woman, whose name was not identified by the Maryland Lottery, purchased the scratch-off ticket with her husband at the 7-Eleven located at 7980 Georgia Avenue in Silver Spring. She nicknamed herself and her husband for the lottery as the “Double Winners.”

The couple had returned home when she started to scratch-off the lottery ticket. She thought she won $10,000 but then realized multiple numbers with $10,000 prizes boosted her winnings into a top prize of  $1 million.

“We were excited. We were happy and we cried,” she said. The Gaithersburg resident is an online sales associate and her husband is a construction worker. She told lottery officials that she wants to use the money to start her own business. Their adult daughter works at a hair salon and the couple might use some of their winnings to help their daughter start her own salon.

The 7-Eleven in Silver Spring earns a $1,000 bonus from the lottery for selling the winning ticket.

The Million Dollar Mega Multiplier game went on sale July 18 and this is the first $1 million top-prize winning instant ticket sold. Six $1 million winning scratch-offs are still unclaimed along with seven $50,000 prizes and more than 140 $10,000 prizes.